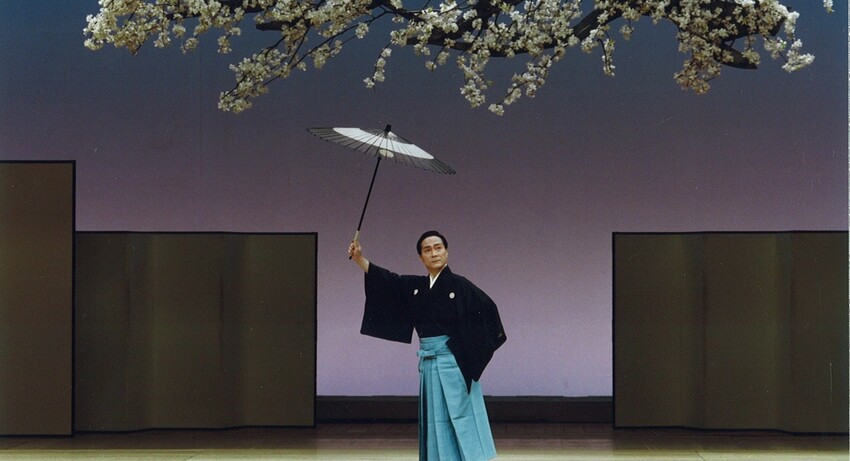 Board Member of THE CANADA-JAPAN SOCIETY

He was born on 22 Nov 1947 and has started his career at the age of 10.  Over 50 years of his career, he has performed with many professional dancers and Kabuki actors on stage as well as teaching lessons to his students in his studio.   He also taught performers of Takarazuka Revue for 10 years.

Not only traditional dances, he worked with city authorities as a Japanese contemporary dance choreographer and visited more than 20 cities to teach the citizens to enjoy dances.

He has established Japanese Dance Club (JDC) since 1991 and dedicated himself to introduce and spread Japanese traditional arts both in Japan and overseas.  He has visited France, Canada, Malaysia and more in the past years.  Recently he was invited by Embassy of Japan in Myanmar in 2011 and performed a show in Yangon City.

He has currently been appointed as a board member of Western Branch, TOSEI-Kai, Fujima Ryu since 2011 after his assignment as a Branch Director.

He was recently awarded the Osaka Cultural Festival Award 2012 for the performance in MUSUME DOJOJI.

Nihon Buyo, traditional Japanese Dance, is a refined dance that has been improved throughout four centuries.   Nihon Buyo was created directly from Kabuki Buyo before it became theater.

To view his Photo Gallery